DigitalRoute: Driving into the future with usage-based subscription billing 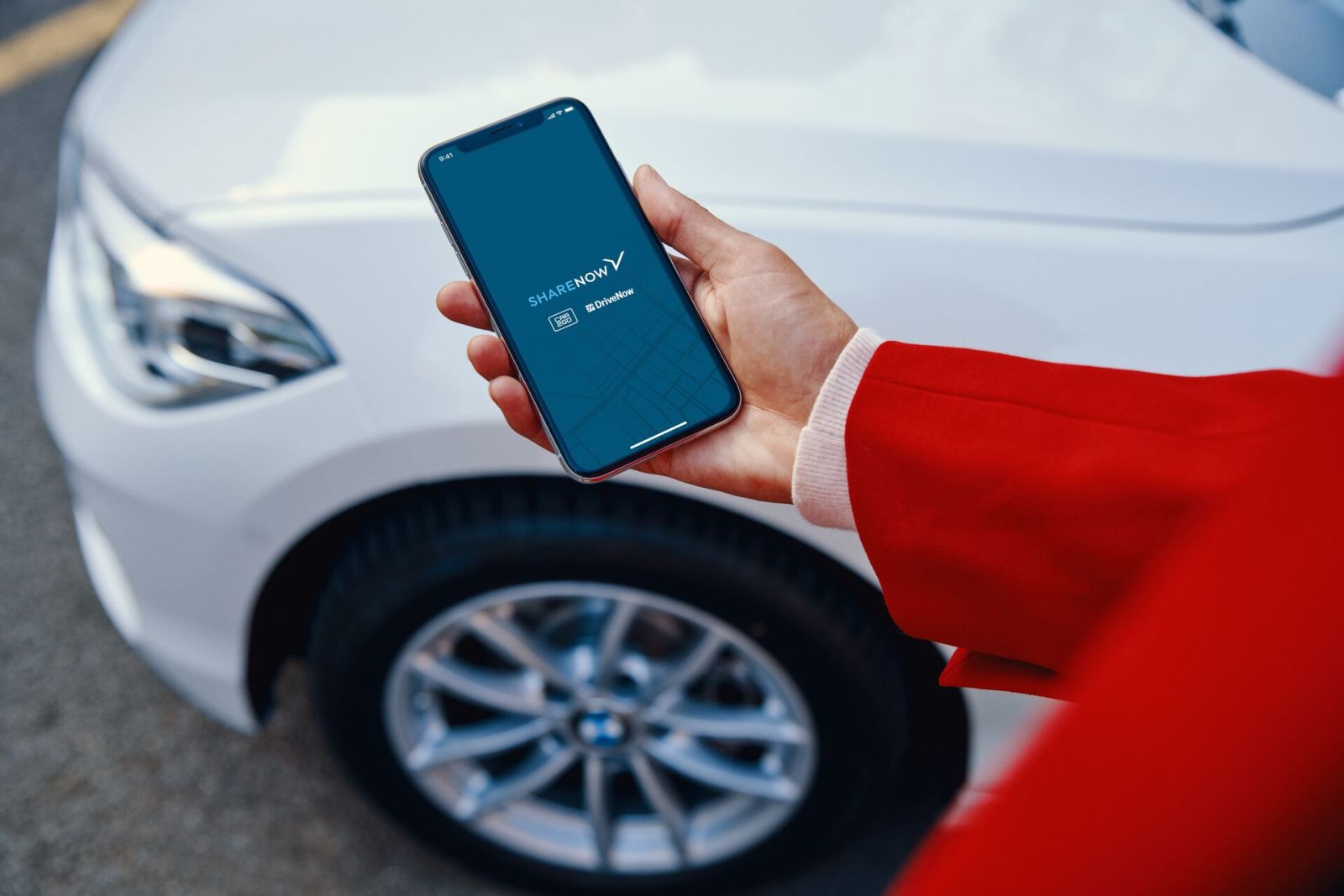 Read how usage-based subscription billing has the advantage of giving customers the feeling that they are paying only for what they really use.

The digitalized subscription economy is thriving in spite of significant changes and crises in the global economy in recent times. Whilst many of us are familiar with the standard recurring subscription where customers are charged a regular (usually monthly) fee for goods, services, or content catalogues, other subscription services benefit from different business models. Usage-based billing is a flexible subscription system that has many of the benefits of other subscription services, but has the advantage of giving customers the feeling that they are paying only for what they use. Usage-based billing is used extensively in the car sharing industry, which has experienced a renaissance as millennials have come of age and car ownership is increasingly viewed as being inconvenient, expensive, and not eco-friendly.

Germans are renowned for their love of cars - making them, driving them and owning them. But in Germany’s many bustling, cosmopolitan cities there is a growing crowd of financially savvy, eco-conscious young professionals who want something a little different from the car-owning dream. There may be a collective emotional attachment to the idea of owning a car, but there is a cold reality to the burden of car ownership. Insurance and fuel and maintenance, oh my.

The concept of car rentals is an old one, but car sharing - essentially very short term car rentals - is not exactly a new concept, either. Car sharing started in Switzerland in 1987, and was launched in Berlin a year later. Most car sharing services in Germany are now pushing two decades old, and Karlsruhe, Dusseldorf, Munich, Stuttgart, and Berlin have the most car sharing vehicles per capita. However, the industry has really gathered steam in the last decade; Germany had 0.26m users in 2012, and is projected to reach 3.1m by 2020.

That the recent car sharing renaissance coincides with the coming of age of the Millennial Generation is hardly a coincidence, as younger consumers are the most active participants in the digitalized ‘sharing economy’. A study by Goldman Sachs found that millennials prefer ‘access’ over ownership, and author and economist Jeremy Rikin believes that ‘25 years from now, car sharing will be the norm, and car ownership an anomaly’.

The millennial enthusiasm for the sharing economy is owed not only to the generation’s comfort with technology, but also to the average millennial’s need to delay or reconsider major milestones and purchases for financial reasons. Younger people are disproportionately impacted by the economic consequences of global crises, as seen in the 2008 global financial crisis and the current ongoing pandemic. The car, once a ubiquitous symbol of having grown up and ‘made it’, is no longer a priority; 30% of millennials do not intend to purchase one in the near future, and only 15% consider car ownership ‘extremely important’. Many millennials are increasingly put-off by the costs of purchasing and maintaining a car, and car ownership is now less important than buying a home or even a television set.

According to Deloitte, car sharing is particularly popular among highly educated, high income men in their thirties, which in 2020 is the older end of the Millennial spectrum. The popularity of car sharing in a demographic traditionally associated with the most wealth, career advancement, and pressure to ‘own’ markers of success, like houses and cars, suggest that the shift towards car sharing extends beyond practical and financial concerns and instead reflects a fundamental difference in how younger people feel towards owning things, and the priority on access, freedom, and convenience.

According to a study by Frost & Sullivan, ‘mega cities need *not just a car*, but a flexible, hassle-free mobility solution that is eco-friendly’. For cash-strapped, eco-conscious, tech-savvy individuals, car sharing provides the practicality and convenience of having a car without the financial burden and eco guilt of car ownership. As a result of declining interest in car ownership, many car sharing services are OEMs (Original Equipment Manufacturers), with the likes of Volkswagen, Mercedes, and BMW capitalizing on the consumer’s changing needs and desires in terms of car access and ownership.

A key difference between car sharing and other sectors in the ‘sharing’ or ‘subscription’ economy is that many car sharing companies use a ‘usage-based billing’ model. A typical subscription service usually bills customers in regular intervals - for example, a monthly subscription - but car sharing typically charges a sign-up fee, after which the user is billed per minute of vehicle use.

In Berlin, for example, the average cost per minute is 0.23EUR, with some companies offering separate deals for two hour’s use (14.90EUR with car2go) or 59EUR for a day with SIXT Share. A notable departure from this standard practice is Miles Berlin, which still uses a usage-based billing model but charges 0.79EUR per km, rather than per minute. There are also additional costs for travelling to and from the airport or between cities, and car sharing vehicles usually must be returned to a ‘home base’ and not permitted to leave the country. This unique billing model differs from traditional car rental, which is typically billed per day and has greater flexibility in where cars can be driven or returned to.

Usage-based billing has benefits over other billing models for both the business and the consumer. Many consumers enjoy the concept of paying only for what they use, which gives them greater control and agency over the financial costs of choosing to car share. The preference for this model also reflects that in urban cities with the infrastructure for other modes of transportation - such as public transport, good bike lanes and footpaths - a car may not be a daily necessity, and is instead used for more social purposes, particularly after hours when public transport is not as appealing.

For businesses, usage-based billing has the advantage of generating more revenue with higher use; unlike a standard monthly subscription where revenue remains static whether the service is never touched or constantly engaged with. The usage-based billing model thus provides businesses with higher potential revenue without causing the customer to feel unfairly charged for services.

DigitalRoute, leaders in enabling usage-based revenue models, has witnessed across many different industries that when shifting from ‘ownership’ to ‘access’ customer expectations do not change. Customers still expect the same experience when accessing a car compared with if they owned it, yet, simultaneously require full elasticity based on their behaviour/usage from both the billing model and personalized experience perspective. This means for car sharing, the key value differentiator is having the ability to personalize the in-car experience and tailor the in-car services, on top of simply driving the car.

For the car service provider, there is a huge revenue share potential for each of the in-car services that could be monetized. A usage-based billing platform opens up a whole ecosystem business model. In addition to the pricing per unit distance travelled, other ancillary services can be offered including internet, insurance, parking, heating, road tolls, roadside assistance, in-car shopping and even other connected transportation options such as Uber, public transportations and ferries. On the consumer side, the value lies in the personalization of the service by providing customized offers to clients based on volume tiers, minimum commitments, freemiums, entitlements and upsell/cross-sell optional services.

The personal car market has evolved to a stage where the vehicle is a table stake and the differentiator lies in the personalized services provided according to the client’s preferences. The real value potential of the ecosystem business model for personal cars-as-a-service is when different service providers collaborate on an ecosystem platform to deliver a unique customer experience. Hence the need for a flexible and agile usage-based billing system that not only charges customers but also bills on behalf of other third party solutions including third party revenue share and third party settlements.

About DigitalRoute: DigitalRoute has helped companies monetize usage data for 20 years. Telecoms and enterprises use our platform for billing mediation, usage-based monetization, quote-to-cash automation and finance system consolidation. We have the only platform that was purpose built to convert raw usage data into billable items, enabling more than 400 companies to capitalize on the growing wave of consumption-based commerce. Our Usage Data Platform provides fast and accurate usage-data management in some of the most complex environments in the world.